The Man Who Founded FC College 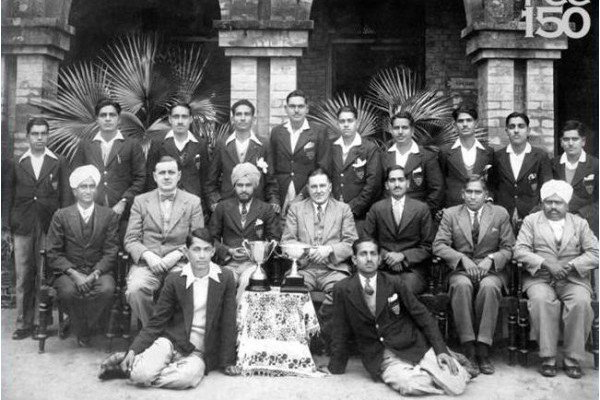 “We doubt whether any other man, European or Indian, has taken as great a part in the making of the Punjab of to-day as has Dr. Forman. A history of his educational work would be almost the educational history of the province (Punjab),” noted The Tribune on the death of Rev. Dr. Charles William Forman, who founded the first missionary college in the entire north of India.

The Forman Christian College University website notes its major contribution to the cultural, political, educational, and judicial history of the nation over more than a century:

This list does not include recently retired Chief Justice of Pakistan Tassaduq Hussain Jillani and Supreme Court Justice Jawwad S Khawaja, both of whom studied at FC College.

Following Forman’s death on August 27, 1894, the people of Lahore demonstrated their great respect and regard for the man and his work when his body was brought to Rang Mahal Mission School in the Walled City where he had served for about half a century:

“The funeral services took place among the people, whom he had long and tenderly loved … The gates of the City were thrown open, a thing which had never happened before, and instead of objecting to its passage as might have been expected, the inhabitants vied with each other for the honour of having the funeral procession pass along their streets. They followed the procession to the grave and there manifested genuine sorrow, for they knew that they had lost a true friend.”

His body was buried in the Taxali Gora Graveyard, which is probably the oldest Christian graveyard in the city.

Forman was raised “without religion” and entered into the family business of manufacturing hemp. He was born in a landed family in Kentucky to Ezekiel and Dolly (Wood) Forman on March 3, 1821. About the house where he was born, his son, Dr. Henry Forman, wrote: “The house is still standing, a half-mile outside the old town of Washington in the beautiful blue-grass region Kentucky … it attracted travellers out of their way to see it … And the wide hall way and rooms still testify to the generous spirit of hospitality.” 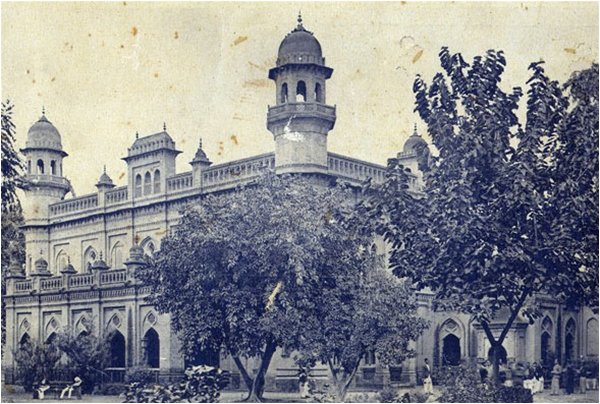 In 1844, Forman graduated from Centre College and during college, made a public profession of his faith in the Presbyterian Church of Washington. He received missionary training at the prestigious Princeton Seminary and had “burden” for the “salvation of slaves on Kentucky plantations and tried to establish a ministry for them, but without success.”

American Presbyterian missionary John Newton, considered one of the fathers of the modern Punjabi language, arrived in India in 1836 and asked Forman to join him in the mission. On August 11, 1847, Forman sailed in British ship Coromandel from Philadelphia and arrived in Calcutta in January 1848. 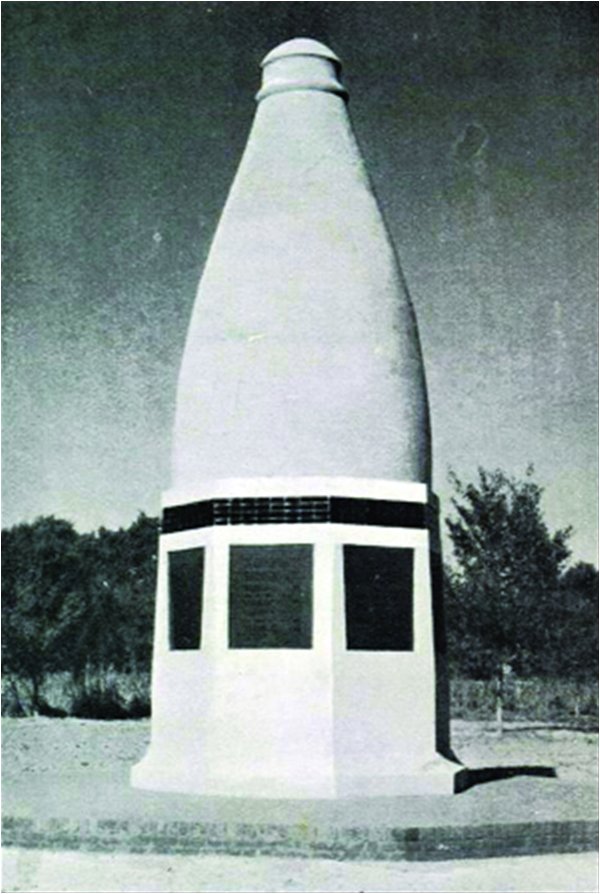 Forman was working with Newton in Ludhiana when a Christian surgeon in Lahore, Dr. Baddely, requested to establish a mission in Lahore. The British took over the Punjab in February 1949 and Newton, his wife, and Forman arrived in Lahore on November 21 the same year. Here Forman founded the historic Rang Mahal Mission School in the Walled City. The Rang Mahal was then owned by a grand wazir of Emperor Shah Jahan, named Saeed Ullah Khan, who sold the building to the mission.

The 1855 Census of the Punjab shows that there were no native Christians in the province. About the first batch of the students, the Presbyterian Education Board says it had “55 Hindus, 22 Muslims and 3 Sikh students, which included Punjabi, Kashmiri, Bengali, Hindustan, Afghani and Balochi.”

On July 5, 1855, Forman married Margaret Janvier Newton, in Ludhiana, the eldest daughter of John Newton. “Their home in Lahore, lacking in every luxury in its simplicity of furnishing and fare, was one whose hospitality was enjoyed by numberless people.” Margaret died in 1878 and was buried in the same Taxali Gora Graveyard in Lahore; Forman’s body was later buried next to her grave. 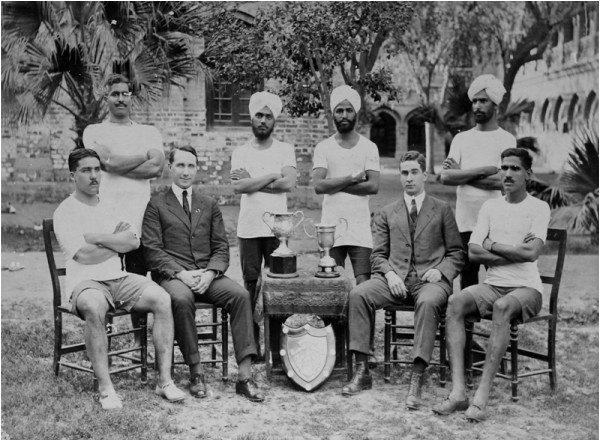 John C. B. Webster believes that the first three lieutenant governors of the Punjab – Sir John Lawrence, Robert Montgomery and Sir Donald McLeod – as well as many other important officials in the Punjab government were staunch evangelicals.  Forman was able to provide many educational services across the province with support from foreign missions and help from these “evangelical” government officials.  He was associated with the Education Department from the time of its formation in 1856.

The Biographical Dictionary of Christian Missions says that Forman “built up a fine corps of Indian teachers and the college produced leaders of Punjab society in business, government, and the professions. He was a member of virtually every committee on education appointed by the Punjab government during his lifetime.” 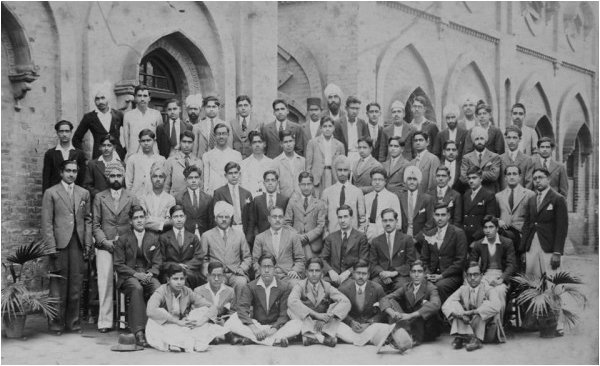 The historic Punjab Missionary Conference, held in Lahore from December 1862 to January 1863, created the Punjab Auxiliary Bible Society on Anarkali Road, which we today know as the Pakistan Bible Society. Forman was one of the main speakers, an active participant and a driving force behind this conference, which was attended by Sir D. F. McLeod, Lt. Col. Sir H. B. Edwardes, Colonel MacLagan, Sir Robert Montgomery, Bishop Velopy French, and Sir Robert Henry Davies.

In 1864, Forman received the degree of doctor of divinity from Knox College and the same year opened the Lahore Mission College as an extended department in Rang Mahal. The college was briefly shifted to a bungalow in Bhatti Gate and then, in 1889 it was shifted to Napier Road (now Bank Square in Nila Gumbad). According to the Punjab Districts Gazetteers, “the Marquess of Lansdowne, Viceroy of Governor-General of India” inaugurated the college building. Lastly, the college was moved to its present campus on the banks of the Lahore Canal in 1940. 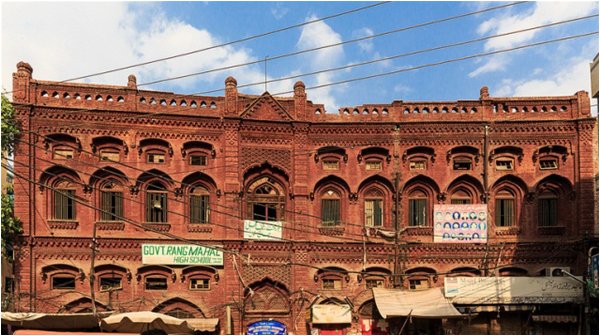 Forman learned several languages including Arabic, Sanskrit, Persian, Hindi, Punjabi and Urdu. Tahir Masood, in his article “Urdu Works of Dr. Charles W. Forman” published in the daily Nation, says that Forman wrote at least 19 tracts. According to Robert E. Speer in “Christianity and the Nation,”  “It will be long before Lahoris forget the sweet and benign face of the great American missionary … They had affectionately styled him Baba Forman (Grandfather Forman), and whenever he passed through the streets on his way to the school or one of the preaching stations in the city, crowds of boys would follow him with cries of “ Baba Forman!,” sometimes surrounding him, pulling his sleeves and coat-tails, and begging for more tracts with coloured illustrations.”

Forman stayed in the Punjab for the rest of his life except for brief visits to the United States from May 1867 to September 1869, from May 1880 to September 1880, and from April to September 1892. During his days of illness before death, requests “came from his old friends and pupils, wishing to see him and inquiring after his health.” His death “pervaded” Lahore by a “general feeling of sorrow.”

Forman’s college imparted a sense of unity with its motto of “By love, serve one another”.

In showing their gratitude to Forman, “the non-Christian leading men joined to erect a memorial. The mission changed the college’s name from Lahore Mission College to Forman Christian College the same year he died.

Forman’s college imparted a sense of unity with its motto of “By love, serve one another.” The Principal of the College in the early 20th century, Rev. Dr. James Caruthers Rhea Ewing, was the first American to receive the British honorific title of “Companion of the Indian Empire” in 1915 when he was also serving as the vice-chancellor of the University of the Punjab.

During the India partition in 1947, the college converted its two hostels into a hospital that served thousands of injured migrants. The first speaker of the Punjab Assembly, Dewan Bahadur S.P. Singha, noted its role in his historic speech of January 20, 1948:

“Before anyone, even before the state, I drew public attention to the injured in Kasur and made an appeal. Christian doctors and nurses arrived in Kasur before anyone else … It was a Christian college which was turned into a hospital where Christian professors and other staff members along with their families day and night took care of the injured.”

In the caring and inclusive spirit of Rev. Dr. Forman, the Lahore United Christian Hospital (UCH) was founded by Church World Service and continued to work in the area after the emergency. The hospital owes its name to the united effort of the Anglican Communion, United Methodist Church, Church of Scotland Mission, West Pakistan Christian Council, United Presbyterian Mission in North America, and Christian Reformed Church to serve Pakistanis irrespective of caste, color or creed.

Soon, the hospital started the School of Nursing. A 1953 Methodist Church report noted, “The government is most cordial toward this work … Since few Moslem girls dare break with the orthodox religious practice of the seclusion of women, most nurses of Pakistan are Christian girls. It is hoped that the Nurses’ Training School at the hospital may become a model institution of its kind.”

In its 1960 report, the United Presbyterian Church in the United States of America noted: “The Pakistani government gave 32,000 rupees ($6,743) to the United Christian Hospital in Lahore last year for its nursing school and indicated that this would be an annual grant. ‘We know you turn out the best nurses in the country,’ a government health official told Dr. Rice. ‘So it would be foolish of us not to help you. And we can employ all the nurses you can provide.’”

The first open-heart surgery in Pakistan was performed by Dr. Don Bomes in the UCH in 1965 and in “1969, the first successful replacement of heart valves took place in the hospital.” The college was nationalized in 1972 and remained under government control until March 2003. But its rich heritage set by Dr. Forman in love and humility continues to enrich the culture of Pakistan and imparts the sense of unity, discipline, and service.